TASK: Describe a moment in your life where, like Marner, you have been horrified, shocked by the loss of something that has been desperately dear to you. (In Marner’s case, it was his gold).

Only last year, I was walking home when I felt around my neck to ensure my necklace was still there. I felt the reassuring presence of the gold chain, but the feeling that was most prevalent was horror, as I felt the absence of the green malachite heart pendant. My heart skipped a few beats, my palms started to sweat, my mind started to kick into overdrive and my normal calm breathing started to become desperate gasps, as I looked around frantically for the heart pendant. This necklace has been in my family for generations – it belonged to my great-grandmother and her daughter, my grandmother, had entrusted its care to me only a few years prior to this. This necklace had seen my great-grandmother through all her life, my grandmother throughout most of hers and here I was, 18 years old, and I had lost this priceless heirloom. As I stopped walking to take off my jacket, to make sure the pendant hadn’t merely fallen off and gotten lost amongst my clothing, I began to wonder, wonder where in the world the pendant had gotten to, where it had fallen off and why I hadn’t noticed before.

It was nowhere to be seen. So, I immediately began retracing my steps back through the busy suburb, my eyes glued to the ground, desperately scouting for a glint of gold and green so that all would be right in my world again. But it was nowhere to be found. Nowhere at all. There was nothing else for it now, except to go home and tell my mother that I had lost a beautiful family trinket. The malachite in it was also rare too, but that wasn’t the point. As I walked the rest of the way home, the emotions swirled around inside me. Shock. Despair. Horror. Anger. Disappointment. Sadness. Shame. After what felt like an eternity and, simultaneously, not nearly long enough, I arrived home and informed my mum of what had happened and she assured me that neither she, nor my grandmother, would think badly of me for losing the pendant. She then proceeded to tell me of all the priceless things she’d lost throughout the years, including some things that were passed down from my great-grandmother to her.

She did honestly make me feel better and, while I appreciated her trying to comfort me, I still felt all the things I did before. Most prevalent were the shock and horror over losing the malachite heart – it wasn’t supposed to happen, I wasn’t supposed to lose it in the streets, I was supposed to look after it, cherish it and maybe pass it along to my daughter one day. I knew that, in time, I’d get over it and move on, that these feelings inside me would pass but until that day came, I would still be shocked that I actually lost it, after promising and swearing I would look after it very carefully, and horrified that I allowed it to happen, that it fell through my grasp, like sand falling in between my fingers or sugar sifting through a sifter or like the thin gold chain the green malachite heart once used to rest on.

TASK: You are the scholar gypsy. Explain to your friends why you have decided to run away from conventional education.

Forgive me for repeating such a cliché, but I have run away. Away from this life, away from its responsibilities and the calamity that is swiftly approaching. The calamity I refer to is mundaneness. Boredom. A sense of being overwhelmed, and not in a pleasant way. The world is changing, the world we once knew it as is quickly fading away into the distance and I do not intend on simply accepting that my world, and what I enjoy most in life, will soon be no more and that there is nothing I can do to preserve whatever I can of it. Thus, I’ve run away. This new world has too many tasks, too many distractions, too little humour and not nearly enough delight and fun.

Convention taught me how to behave, how to conduct myself and how to live my life in a way that only society, and people who don’t even know I exist, deem fit and appropriate. Well, to hell with convention. I have beliefs, wishes and dreams too and I am also a human being with feelings and emotions, just like anyone else and how can I say that I am living a full life, when in fact I am not? That I’m living the life I’ve always wanted, when I’m not? That I’m achieving all my dreams, hopes and happiness, when I know I’m not? I can’t do it any longer and I’ll not be denied my true happiness any longer; so I’ve run away, disappeared, to live my life the way I choose it, not how someone else chooses it. I’ve tried to fit in with convention and play the part of an ideal, proper working citizen who goes mad at the end of every day with the enormity of all they have to do and is so overwhelmed that they can’t focus on anything, just because there is so much to do! But I can’t do it any longer, and so I must bid you farewell.

I wish you all every happiness and good wish for the future. I also wish you all the courage and fortitude you can muster; I think you’re going to need it if you’re to survive in this new world! Unless, of course, you choose to follow my course of action and run away with me? 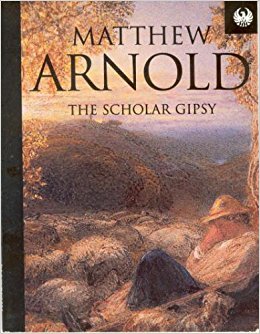 TASK: Write a letter to Mr Gradgrind telling him what you think about the way he treated his own daughter, particularly with reference to the marriage arrangements he has created.

I’m writing to you to express my extreme distaste at your arrangements for your daughter, Louisa’s, marriage. I understand you to think yourself as a man of education, facts and rationality when, in fact, sir, I think you to be unfeeling and cold-hearted, who relies far too much on cold hard facts and statistics and not nearly enough on emotion. Marriage is supposed to be based on affection, trust and respect, and yet you condemn your own daughter to a loveless marriage to an older man. You provide Louisa with statistics and cite them as reason to proceed with the marriage, saying that the statistics are enough to go on to ensure her happiness in this marriage. Emotions, especially love, are rarely rational or logical but neither rationality or logic really have a place in relationships, let alone something such as marriage.

Raising your daughter to believe in only rock-solid facts and evidence and to not put stock into any emotions is hardly the way to raise children, sir. Teaching her that emotions have no meaning and that imagination and creativity will only hold you back in life, that they get in the way of the truth, is detrimental to a child’s development, sir. Telling her to be “dispassionate”, as you so often tell Louisa to be, only leads to a miserable life and a miserable life is one without meaning, hardly worth living.

Sir, I seriously advise you to rethink your arrangements for Louisa’s marriage, as well as your parenting techniques and your own outlook on life. Mr. Gradgrind, facts are not the way to govern your life and they are not something to raise your children by.

TASK: Write a letter to Queen Victoria alerting her to the fact that her railway carriage does nothing to help the poorer classes love her as a queen.

To Her Majesty Queen Victoria,

I’m writing to you on behalf of the poorer classes of society, in response to your extravagant railway carriage. Your Majesty, parading your expensive carriage with its intricate designs and expensive furnishings is not the way to gain favour with the lower classes of society. I’m not sure whether you’re aware of the conditions they live in or the hardships they face on a daily basis, but Your Majesty, their conditions in life are appalling. If they are lucky enough to find work, it is usually incredibly dangerous work that leaves them at a great risk for injury, illness and even death and makes them work long, strenuous hours that takes time away from their families. That’s only if they are lucky enough to find work: most people don’t find it at all and are reduced to having to beg on the streets and they struggle to feed their families or maintain acceptable living quarters.

Your Majesty, with this in mind, can you, in good conscience, continue to flaunt your fine carriage in this way when there are many people in your charge who struggle on a daily basis and face challenges no one on Earth should have to endure? I imagine you’ve never worked a day in your privileged life, nor even ventured out beyond further than what London high society deems “appropriate” for a queen, but isn’t that all the more reason for you to see with your own eyes and judge for yourself just how poorly some people have it in life and perhaps make you realise that, just because you live in splendour and were raised in the lap of luxury, doesn’t mean everyone else enjoys the same luxuries as you.

Your Majesty, if you continue this way, I fear that rebellions and riots may erupt and disturb the peace England has been striving for, for so long. Queen Victoria, flaunting your finery is not the way to endear yourself to people, especially not the poorer rungs of society. Whether gaining their favour or not is a main concern of yours, I don’t know, but even I can guess that keeping EVERYONE happy, not just a select few, is more important when you are ruler of an Empire.

With my warmest and sincerest regards, 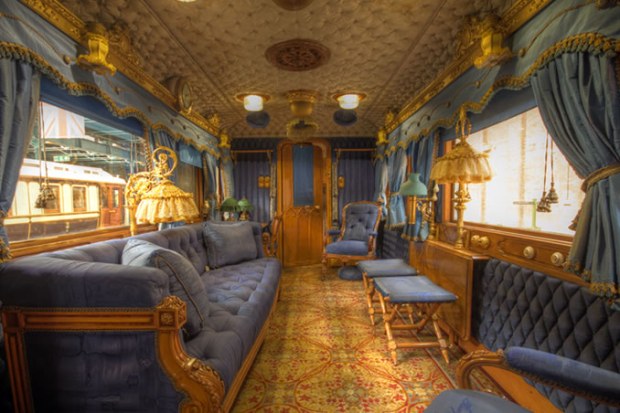 The inside of Queen Victoria’s railway carriage. Image from: http://www.nrm.org.uk/planavisit/events/royal-carriages